Upon starting the encounter, General Grashaal will take to the air whilst General Kaal will fight players on the ground. During this time, Grashaal will use a limited toolset and will not be attackable by players.

Whilst airborne, Grashaal will frequently cast

Grashaal's most important ability is his

Stone Breaker's Combo, which is cast roughly every minute. This ability consists of three steps.

Step One: One random non-tank player will have

Crystalize channeled into them.

Crystalize player will trigger a 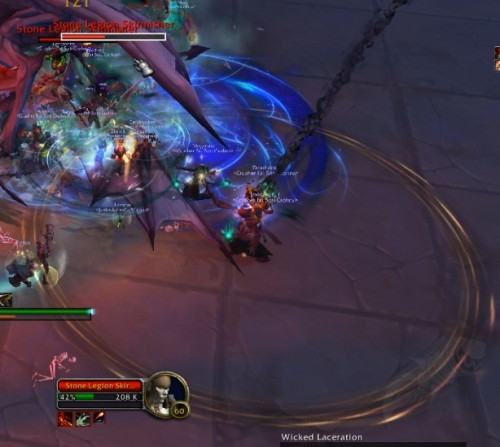 Move into this first area to be hit by

Crystalline Burst which removes your bleeds!

Step Three: Immediately after the

Crystalline Burst has occurred, the original

Crystalize target will be marked with a 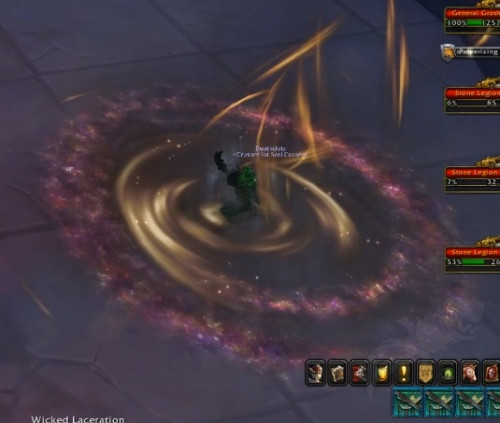 Pulverizing Meteor to split the damage it deals with your stunned allies!

Every ~20 seconds, Kaal will cast

Serrated Swipe at the tank, which deals a moderate burst of physical damage to them. This damage is not an area of effect spell.

This boss will occasionally apply

Heart Rend debuffs to the raid, targeting up to 4 random non-tank players.

When these debuffs are applied, healers should dispel the

Every 30 seconds, Kaal will mark two random non-tank players with

Before the fight begins, the raid needs to agree upon a side of the boss which will always be clear for the

Wicked Blade players to move to.

Shortly after the fight begins, and roughly every minute onwards until phase three begins, a Stone Legion Goliath add will appear in the encounter space. 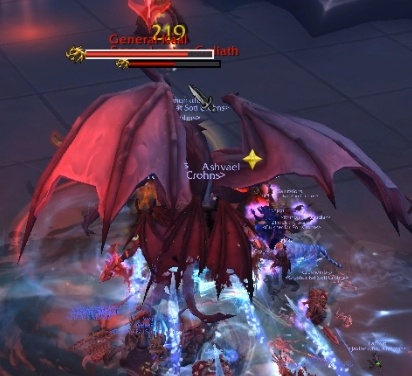 Stack the Stone Legion Goliath add next to the boss to allow DPS to cleave it down easily.

This add should be tanked near the boss and players should casually cleave it down to 20% health.

Upon reaching 50% health, Kaal will cast

Hardened Stone Form on herself, reducing all incoming damage by 95%.

Prince Renathal is located towards the entrance of the encounter space and has a mana bar.

These adds will flood the skies when the

Hardened Stone Form is cast and will slowly begin to land to the ground, one by one.

When a Stone Legion Commando add dies, it will drop an

Anima Orb on the ground that lasts 15 seconds.

Shattering Blast is cast and the 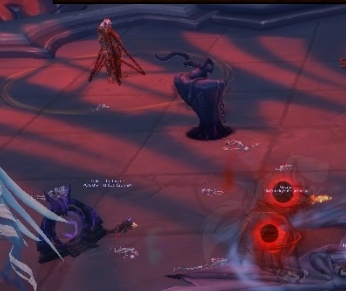 At the start of this phase, Kaal will fly up into the air and out of range of player attacks whilst Grashaal lands and fights the raid directly.

Serrated Swipe abilities whilst flying around.

General Kaal will continue to cast

Ricocheting Shuriken at random players, dealing a small burst of physical damage to them.

Stone Spike, but maintains his

Stone Fist towards the tank, dealing a burst of physical damage whilst knocking back any players within a short range frontal cone.

Every ~30 seconds, this boss casts

Seismic Upheaval which marks the locations of players every few seconds. 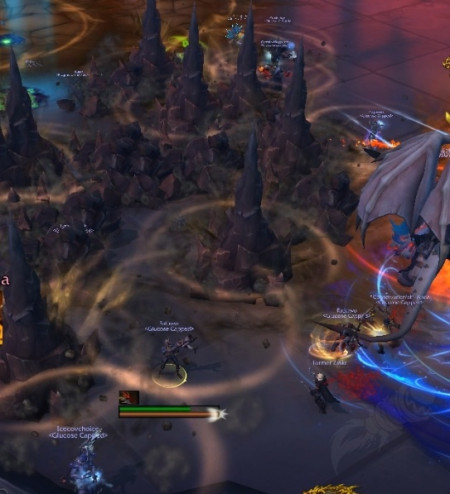 Reverberating Eruption on a random non-tank player, marking them for 5 seconds.

Reverberating Eruption zones should be placed away from the raid but within a reachable distance.

Beta Test Note: As this ability was not seen on the earlier versions of this encounter, how best to counter it, as well as specific details such as how long zones linger, is currently unknown. This section will be updated once the boss is seen on live servers.

Upon reaching 50% health, Grashaal will gain the

Shattering Blast is cast, Grashaal will lose the

As soon as the phase begins, Kaal will descend down into the encounter space and the raid will be fighting both bosses simultaneously.

Beta Test Note: Due to limited testing, in which this encounter received heavy changes, not much is known about this phase. Listed below are a couple of things that you will need to look out for when engaging both bosses at once. This section of the guide will be updated once this boss is seen on live servers.

As two separate tank debuffs are being applied throughout this phase, the tanks will need to find a suitable time to taunt off of one another.

Positioning whilst fighting these two bosses is very important, as you need to make sure that the

Reverberating Eruption mechanics do not occupy the same space.

Reverberating Vulnerability lasts 45 seconds, up from 6.

Beta Test Note: There are likely to be many other differences between normal and heroic difficulty for this encounter, however this information is currently unknown due to lack of available testing.

Heart Rend is dispelled, the dispelling player also gains the

Stone Legion Skirmisher adds will spawn throughout all three phases, but not whilst a boss is in a

Upon reaching 30% health, the add will stand completely still and channel

Stonegale Effigy until it is defeated.

Whenever a Stone Legion Commando add reaches 20% health, they encase themselves in a shield that absorbs all incoming damage and makes them immune to Area of Effect spells.

Soultaint Effigy debuff decreases healing taken by 20% per stack instead of 10% and now caps out at 4 stacks.