Sepulcher of the First One

The encounter alternates between the Normal Realm and

The Singularity. Each time the boss reaches 100 energy, he will cast

The Singularity to avoid being killed. 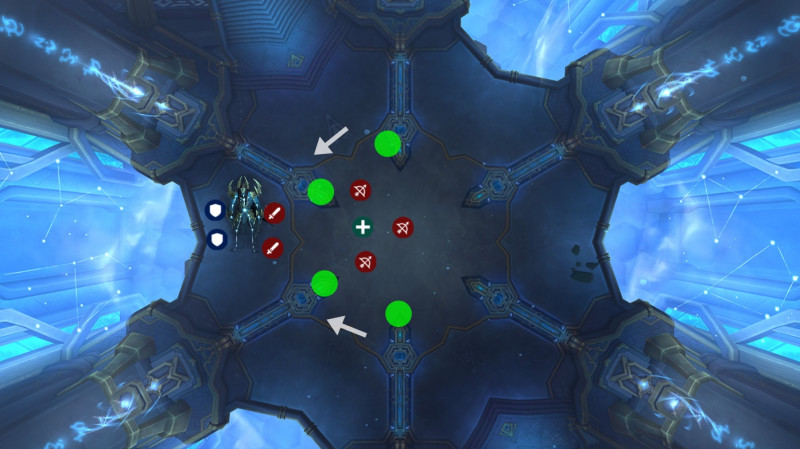 Rygelon will summon 6 Collapsing Quasars which start moving towards the boss.

Rygelon will summon lines of stellar material that can be avoided. These lines will be present in both phases.

Rygelon will deal periodic damage to everyone if he has no valid enemies to attack.

Rygelon will slash its target dealing Physical and Cosmic damage.

An explosion will trigger

Massive Bang, dealing a fatal amount of damage in the Normal realm. 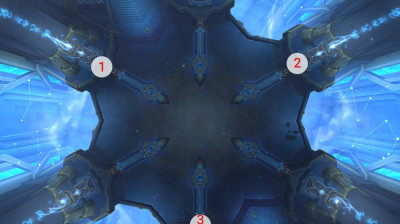 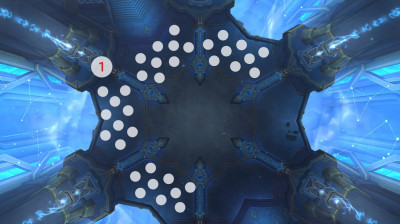 Unstable Matter positions int the encounter area, and an example of the fragments that shatter to be used to enter

Three Volatile Spheres will be present in the three corners of the encounter area.

Radiant Plasma persist when inside

The raid will take continuous increasing damage while within

After a certain time, the boss will cast

Shatter Sphere, pulling all players back to the normal realm and destroying the

Unstable Matter that was used to enter.

Rygelon will summon a Cosmic Core that begins jettisoning stellar material at the nearest player.

Gravitational Collapse once it is fully drained.