Although the majority of the raids attention will be spent on dealing with the various Forces of Blood adds in phase one, Zul will be casting three different spells that the raid needs to deal with.

Shadow Barrage throughout phase one, dealing a burst of shadow damage and applying a minor shadow damage 10 second dot to randomly chosen targets.

Zul will apply a

The adds have the

Bound by Shadow magic buff, which absorbs a set amount of incoming damage. When this shield is dispelled or removed via damage the Minion of Zul will die. 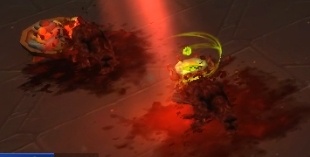 Forces of Blood adds take a little while to spawn.

Throughout phase one, Zul will cast

Call of Blood on a set timer which will summon one of three types of Forces of Blood adds. The order in which these adds are summoned is set and will not change from pull to pull.

At the beginning of the encounter, Zul will be accompanied by one Nazmani Crusher, one Nazmani Bloodhexer and four Bloodthirsty Crawgs. 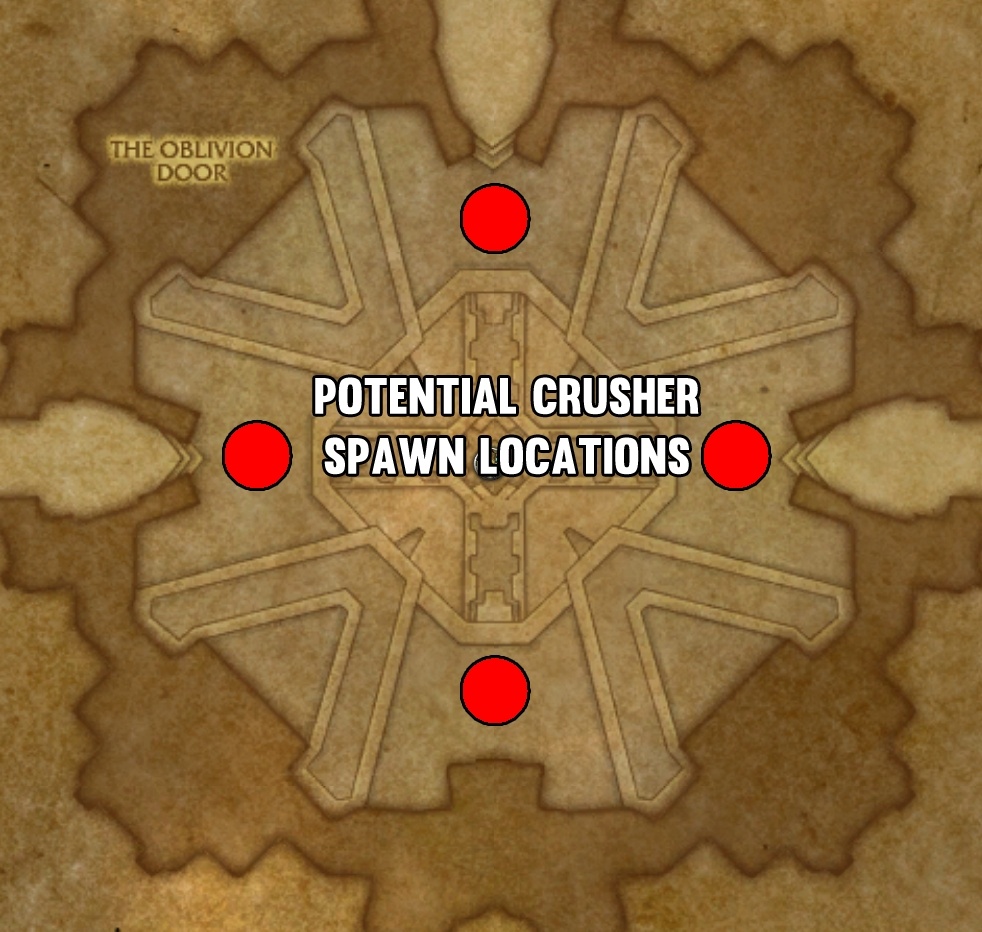 Bloody Cleave towards the tank, dealing a high burst of physical damage to all players within a short range cone in front of the add. 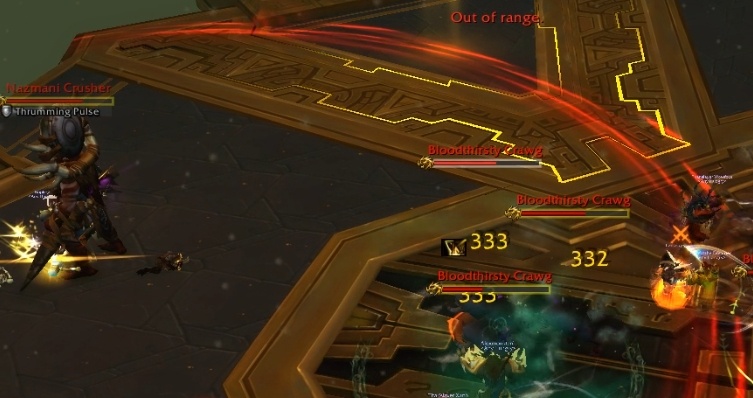 Move the crusher away before it casts

Nazmani Crushers have an energy bar which slowly fills over time. Upon reaching 100% energy, the add will cast

Call of Blood, a single Nazmani Crusher will spawn at one of the four edges of the encounter space, chosen randomly. 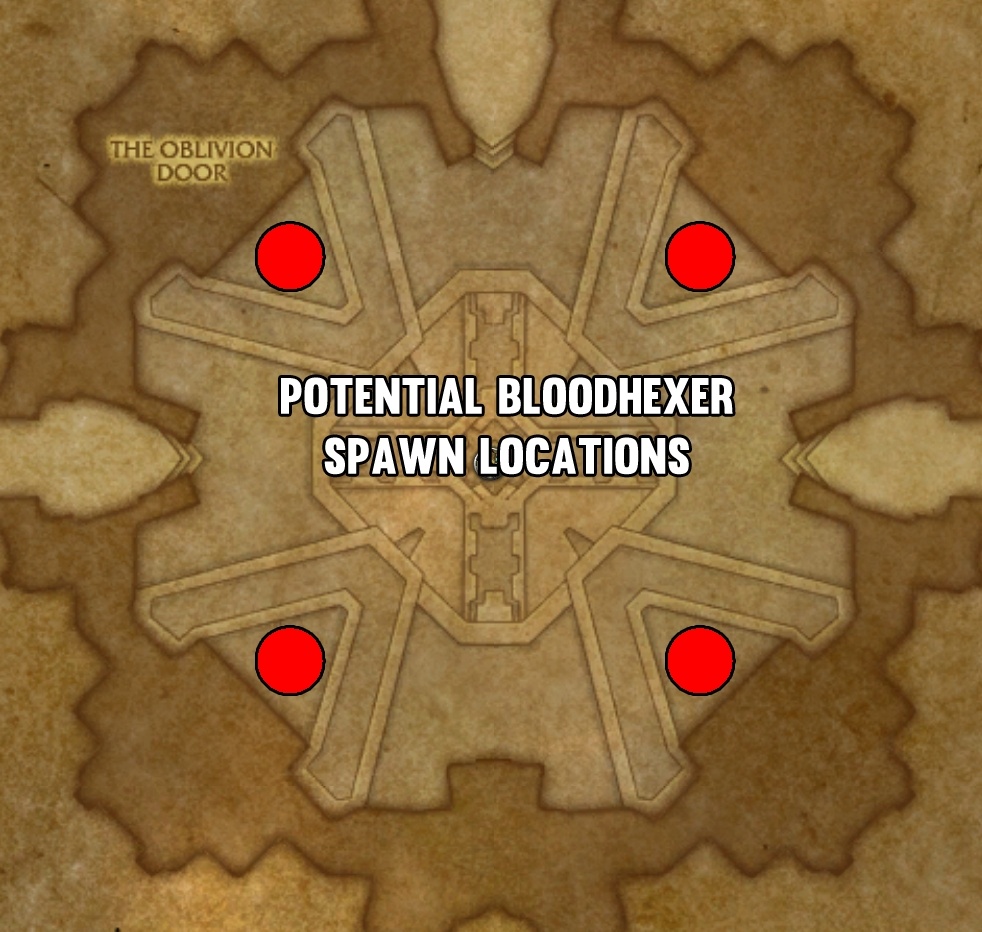 Bloodshard at the player with lowest health, dealing a moderate burst of Shadow damage. 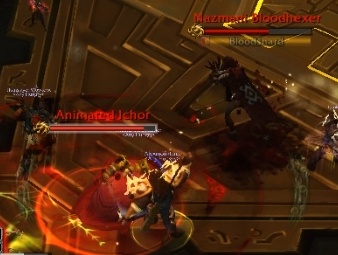 CC and Kill the Animated Ichor
before it reaches Zul!

Nazmani Bloodhexers have an energy bar that fills over time. Upon reaching 100% energy, the Bloodhexer will cast 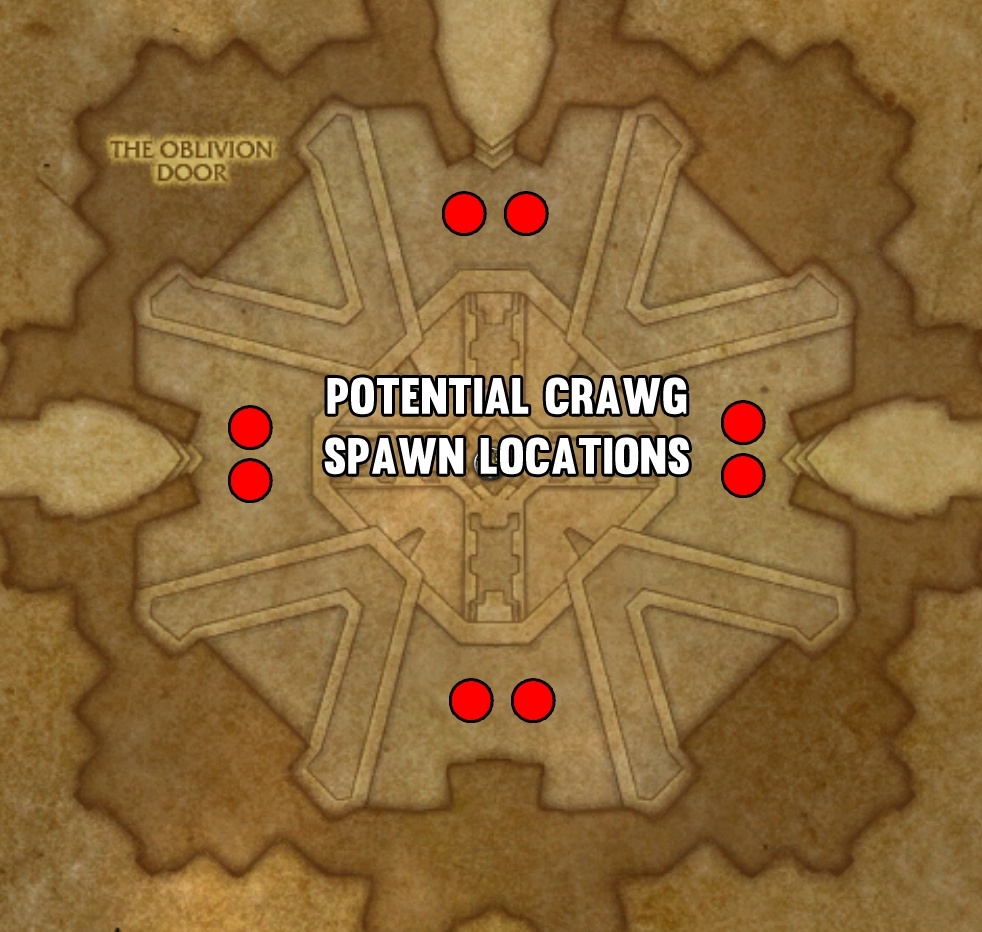 Bloodthirsty Crawgs appear in packs of four and have the

Hungering Maw passive which heals them for 200% of the damage they deal.

Bloodthirsty Crawgs have an energy bar which fills up over time. Upon reaching 100% energy, they will cast

Call of Blood, two pairs of Bloodthirsty Crawgs will spawn at two of the four edges of the encounter space, chosen randomly.

Upon reaching 40% health, Zul will enter phase two. Any Forces of Blood adds active upon transition will remain active in phase two.

Phase two relies on precise raid positioning to deal with the devastating abilities Zul will be frequently pumping out.

As soon as Zul reaches 40% health, he will cast

Locus of Corruption. This deals a burst of damage and knocks the raid back a short distance... don't fall off the edge! 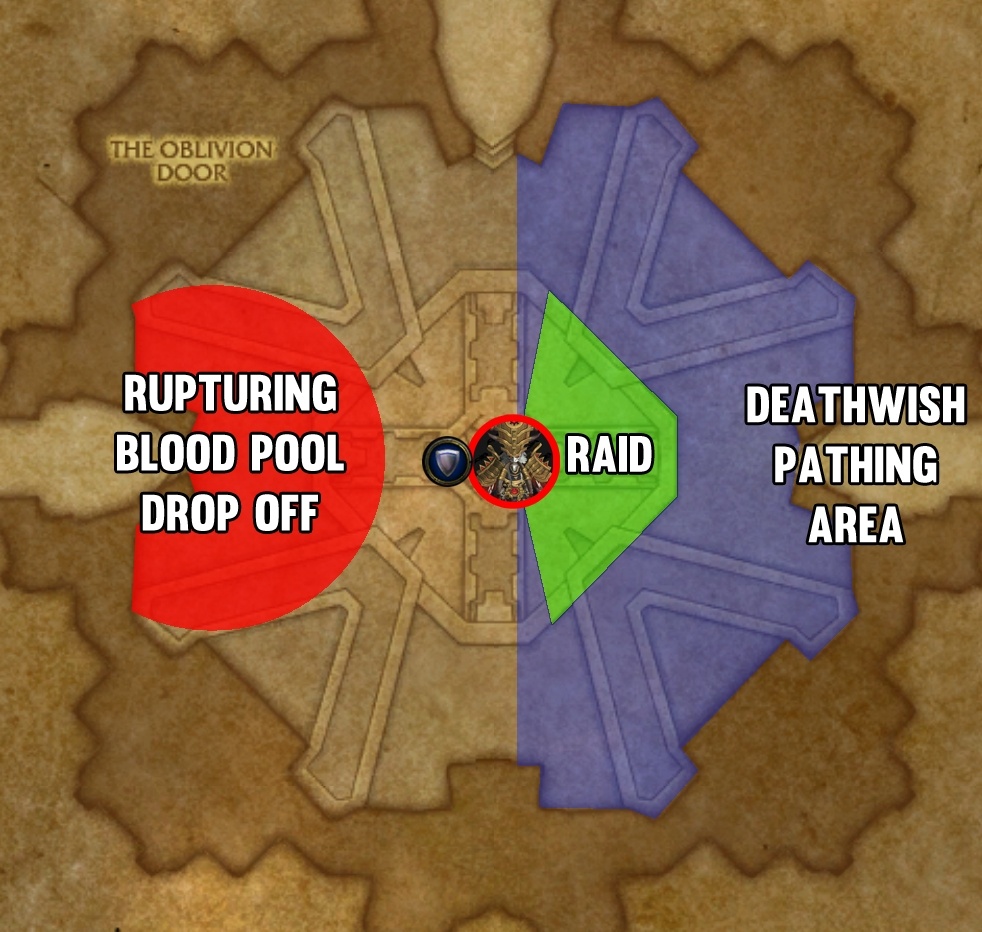 Rupturing Blood towards the tank, dealing damage and applying a 20 second dot to all players within a short range cone.

The tank should position Zul in the centre of the encounter space and face him away from the rest of the raid, which will be loosely stacked up behind the boss.

Deathwish to two random non-tank players on a timer.

Ruptured Blood pool if they are afflicted by

Deathwish, by making sure the path to the closest edge of the encounter space is pool-free.

Players who happen to travel in the same direction will take a potentially lethal amount off damage as the two debuffs are dispelled, due to the short distance between them. 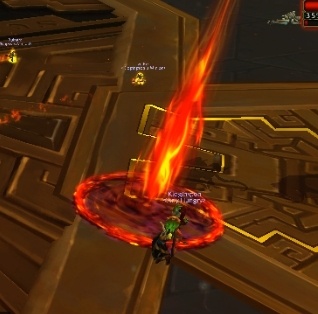 One player must soak the

Pool of Darkness
to stop it from casting

Zul will frequently spawn a small

Pool of Darkness on the ground nearby which lasts 20 seconds.

The raid should attempt to align DPS cooldowns and use Bloodlust during this second phase to try and keep it as short as possible.

Aside from numerical changes, in which the boss deals less damage and has less health, there are a few mechanical changes to the Zul, Reborn encounter on Raid Finder difficulty.

Nazmani Crusher adds will not buff other enemies with

Thrumming Pulse, instead only increasing its own damage.

During phase two, the

Deathwish will not deal damage to the raid when the player jumps or the ability is dispelled.

Aside from numerical changes, in which the boss deals more damage and has more health, there are a few mechanical changes to the Zul, Reborn encounter on Heroic difficulty.

Pool of Darkness ability will be used in phase one as well as phase two.

This process significantly slows down the rate in which the Bloodhexers are defeated.

Dark Revelation will be placed on two random non-tank players each time it is cast, up from one player.

Minion of Zul adds will not die when they trigger a

Aside from numerical changes, in which the boss deals more damage and has more health, there are a few mechanical changes to the Zul, Reborn encounter on Mythic difficulty.

Pool of Darkness deals damage, either through an unsoaked

Erupting Darkness or the soaked

Absorbed in Darkness, it will apply a stack of

Corrupted Blood to players who are hit.

The Forces of Blood adds have the

Blood Recall passive, causing them to regenerate back to full health a short period after dying.

Decaying Flesh is present on one of the Forces of Blood at the beginning of the encounter.