The Eye of the Jailer

The Eye of the Jailer

The Eye of the Jailer Quick Tips

The Eye of the Jailer Abilities & Strategy 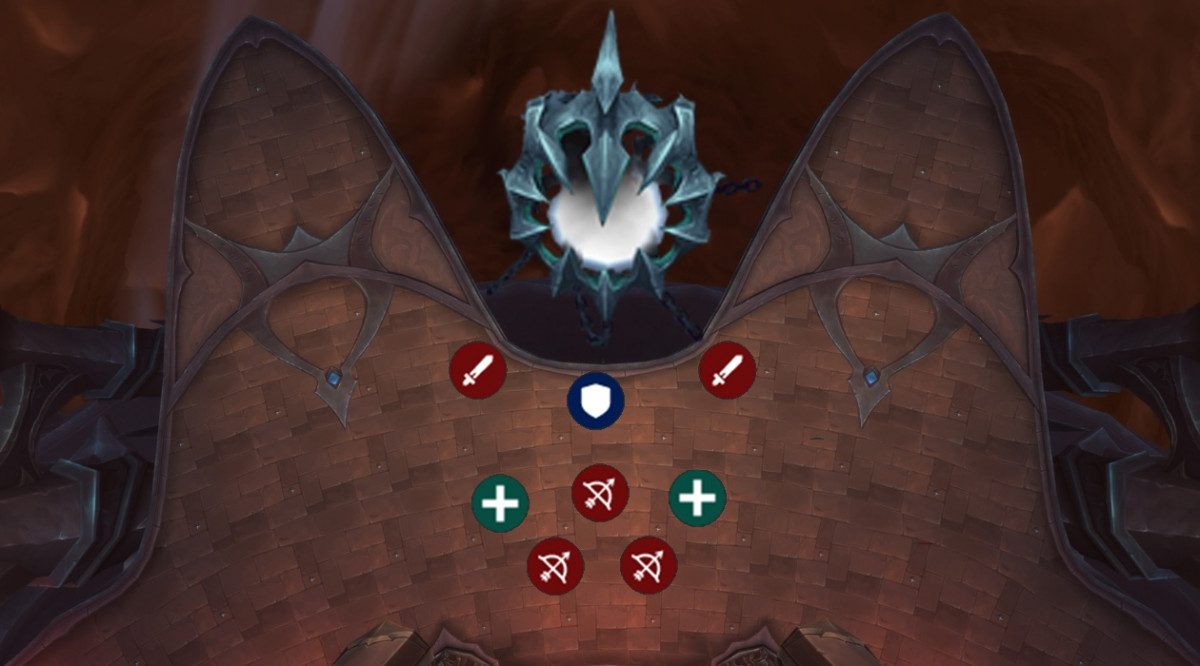 General positioning during Phase One and Three.

Phase One of this encounter will repeat two times, and will mostly require players to dodge simple mechanics, such as the 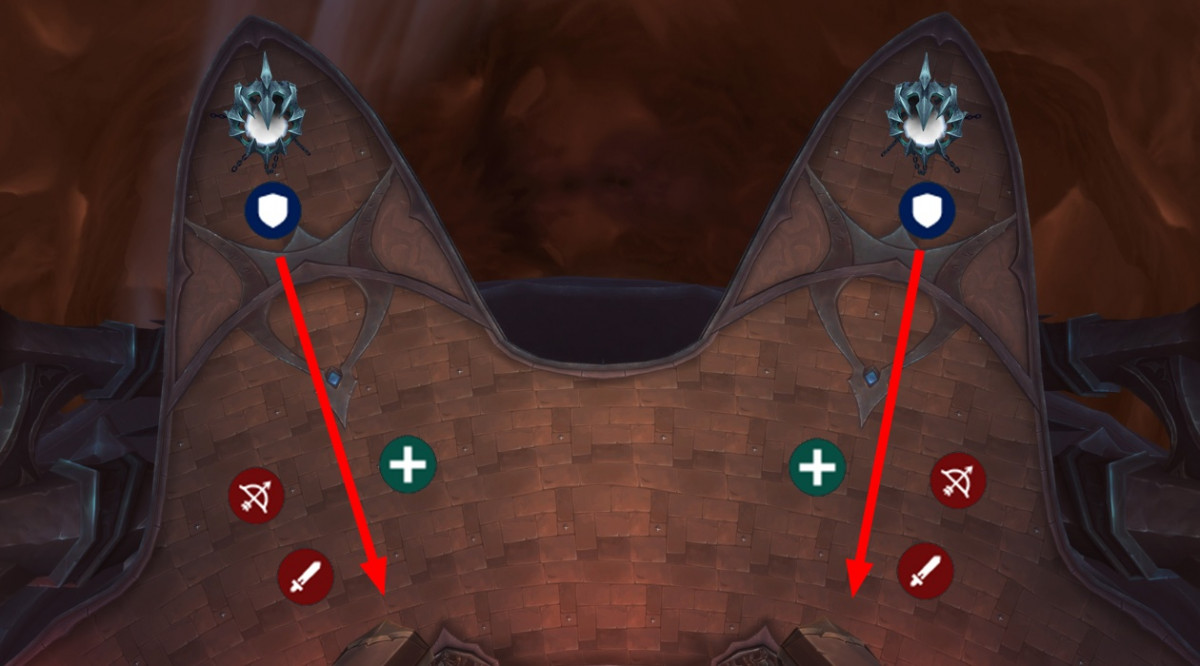 At 66%, and 33% Phase Two will trigger, where two Deathseeker Eyes will spawn where the raid must split up in two groups to kill each eye while being affected by a few extra mechanics. We recommend sending half your tanks, healers and DPS to each side, utilizing the back of the encounter area to drop

Once the third Phase Two is completed, the boss will enter Phase 3. Players will have a limited time to kill the boss due to the

Immediate Extermination debuff, which will reduce the amount of healing taken by players until they cannot be healed anymore. It is recommended to spread loosely around the center of the platform and use Time Warp to make this phase as quick as possible.

Player being hit by

The boss will bombard random players, causing them to take shadow damage and cause them to split into three

The boss will start channeling

Annihilating Glare at one side of the platform, then sweep across the entire area.

The boss will inflict a burst of physical damage to its current target.

The Eye of the Jailer periodically damages its main target with a large Physical hit that will also deal damage to the entire raid based on how much damage the tank takes.

When the intermission starts, a Deathseeker Eye will spawn at each peak of the platform.

Random targets will get fatigued, taking shadow damage and have their spell casting, ranged attack speed, and movement reduced by 40%.

During the Intermission random players will be affected by

Player being targeted by

Occasionally random players will be targeted by a

Desolation Beam that deals damage and chains to nearby players.

The Eye of the Jailer will periodically deal a burst of damage to the raid.

After the 25% Intermission, the boss will enter Phase Three, where the raid has a limited amount of time to kill the boss.

Every 6 seconds, the boss will apply a stack of

Immediate Extermination, which will increase the bosses attack rate, and reduce the healing received by the raid by 10%.

Heroic The Eye of the Jailer

The only change introduced on Heroic difficulty is the addition of Stygian Abductors. These mobs will float near the boss, and target random players with

Dragging Chains. Several players should stand near the targeted person to reduce the effect of the pull.

Once Stygian Abductors land, they should be quickly killed while the tanks taunt swap after two stacks of

Stygian Abductors will periodically spawn and fly around near the boss.

Stacking on player targeted by

Once the Stygian Abductor is grounded, they will throw the

Assailing Lance at their target causing them to take Physical damage and bleed for 10 seconds.