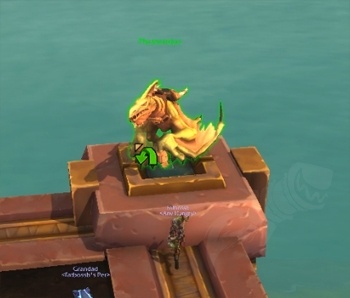 Use the Pterrordax to get to your assigned ship.

Before the encounter begins, the raid needs to split itself evenly across two ships. These ships are accessible by interacting with the Pterrordax closest to a given ship.

Although Laminaria will not directly engage the raid during phase one, it can gain energy through the bosses

Sister Katherine always found on the eastern ship and uses a multitude of lightning based spells to attack the raid.

Jolting Volley, dealing a high burst of nature damage to all players on the ship.

Crackling Lightning to a random player.

The player marked with

Crackling Lightning should place it towards the edge of the ship that is populated by the least players. 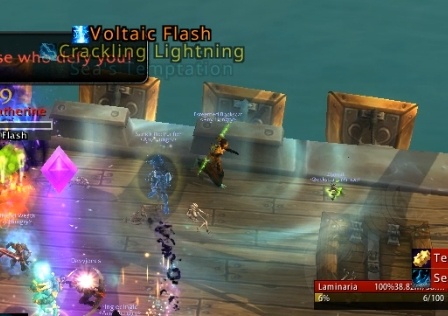 Move away from others when marked with

Katherine's most dangerous ability is

Move out of the way of the lightning orbs! 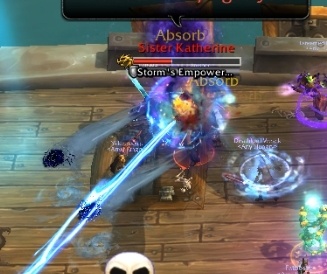 Electric Shroud with damage
and then interrupt

Sister Katherine will occasionally apply an

Electric Shroud damage absorption shield on herself before casting

Brother Joseph is always found on the western ship and uses a variety of water based spells to fight players on his ship.

Tidal Volley, dealing a high burst of frost damage to all players on the ship.

Brother Joseph will occasionally mark multiple players. After a few moments, all players within 5 yards of the marked targets will take a low burst of frost damage. 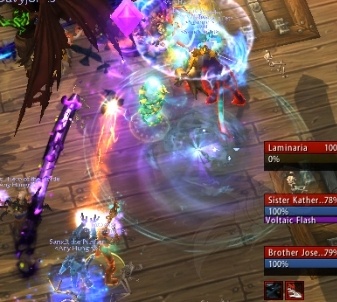 Sea Storm zones along the middle of the ship. 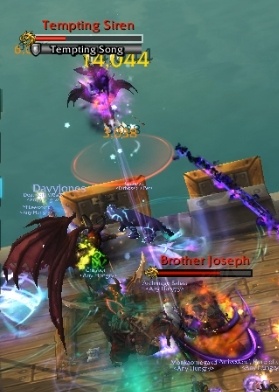 Joseph's most dangerous ability is

Sea's Temptation. When cast, a Tempting Siren add will swoop down towards a random edge of the ship.

The player marked with

Tempting Song needs to create the largest possible distance between themselves and the Tempting Siren.

All DPS on this ship need to focus down and kill the Tempting Siren before the player reaches it.

Electric Shroud, Joseph will apply a

Tidal Shroud to himself and channel

When Katherine dies, her soul appears and begins channelling Greater 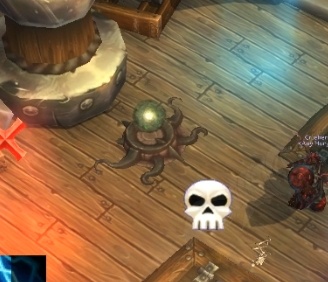 Interact with the Translocation Pedestal to travel
to the dock/other ship.

If one group does kill their boss before the other, the Translocation Pedestal can be used to travel to the ship with an active boss.

During phase two, the raid will regroup and fight against Laminaria directly. The encounter is complete once Laminaria has been defeated.

One player must always be in melee combat with Laminaria, as otherwise it will spam cast

Reaching Attack, dealing ever increasing Frost damage to a player. 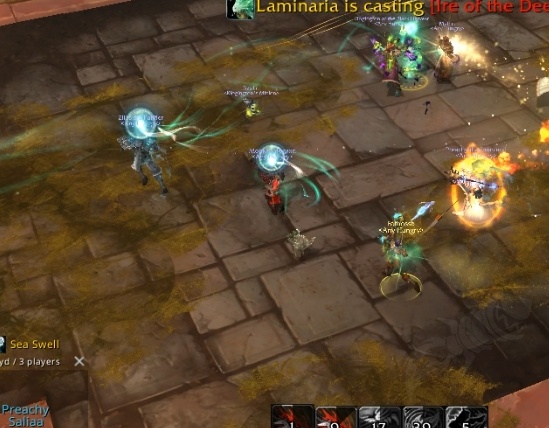 Sea Swell, creating a patch underneath each players location which will explode after a moment, dealing moderate damage to anyone nearby.

Storm's Wail to a random non-tank player. This 10 second debuff deals low nature damage every second and allows the player to permanently remove Frozen Tidepool patches by running over them.

Clear as many Frozen Tidepool patches as possible!

The player afflicted by

Storm's Wail should attempt to clear as many Frozen Tidepool patches as possible, before moving away from the boss as they will spawn an Energized Storm add when the debuff expires. 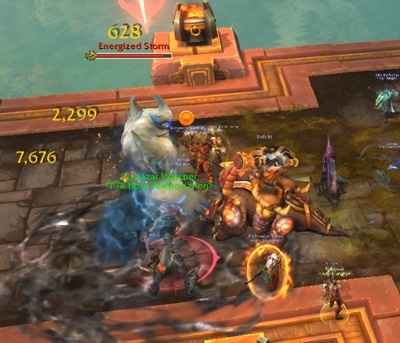 The raid must prevent the Energized Storm add from reaching the boss. This is done by spawning it far away from the boss and having DPS focus it down.

As more and more

Storm's Wail debuffs are applied throughout the fight, the raid will need to control larger and larger amounts of Energized Storm adds.

The bosses melee attacks each apply a stack of the magic debuff Kelp-Wrapped. This debuff deals low nature damage every second and reduces movement speed by 2%. This effect stacks. 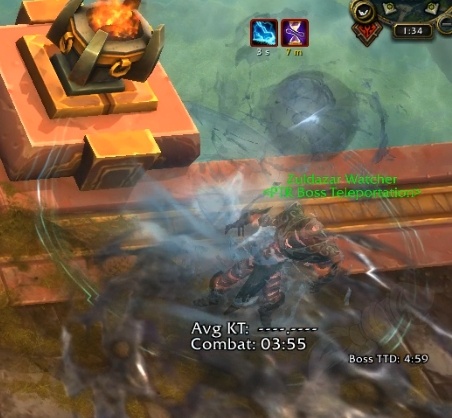 Ire of the Deep zones.

Ire of the Deep

Laminaria will frequently mark a location of the encounter space. This location will explode after a few seconds, dealing heavy frost damage to the entire raid and spawning multiple

The raid must defeat Laminaria before they become overwhelmed with

Ire of the Deep zones and Energized Storm adds.

Upon reaching 50% health, Brother Joseph or Sister Katherine will cast

Translocate and teleport to the other ship. 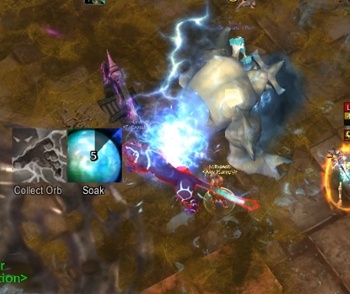 When an Energized Storm add is defeated during phase two, a Energized Remnant orb will spawn instead of the

Storm's Wail debuff being automatically placed back on a random player.

Although this ability arguably makes the phase more difficult, the Energized Remnant orb allows the raid to choose who clears the

An alternative strategy that guilds with confident healers can use is to leave the Energized Remnant orb on the ground for a while.