Instead of melee hitting, the boss hits the tank with

Every 30 seconds, the boss will apply the

Shred Psyche debuff on up to two players.

To deal with this mechanic easily and cleanly, the raid should stack entirely on one side of the boss. 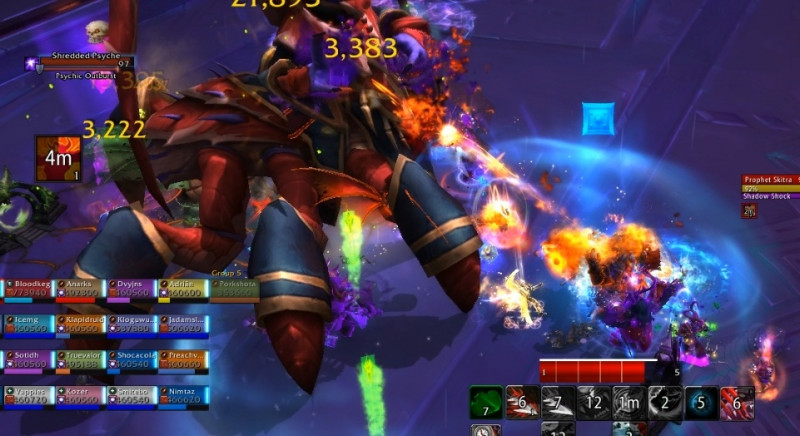 Stack up on one side and spawn the adds on the other!

Once the boss reaches 80% health, phase two will begin.

There are multiple different strategies that raids can use to try and identify which illusion is the one that needs to be killed, however one seems to be most easy to use.

The white-outlined illusion is present for both teams! Kill that one!

During the phase, the raid will be taking damage from the illusions as they spam cast

Aside from position, all of the illusions are identical.

Additionally, players will be receiving a debuff every 5 seconds called

Killing the incorrect illusion will trigger a

Mindquake, dealing a large burst of shadow damage to the raid.

Illusionary Projection mechanic has a couple of properties that you may want to know if you are thinking of your own way of dealing with the mechanic!

1) The debuff that you are given is random each time you enter phase two.

2) Target Markers are not shared between the different debuffs.

3) Debuffs applied to the correct illusion will show on target frames for both groups.

4) There isn't a foolproof, reliable weakaura or addon that identifies the correct illusion. Not one that is publicly available at least.

Once the correct illusion of Prophet Skitra has been defeated, the boss will reappear at the defeated illusions locations and phase one will begin.

During phase one, the boss will occasionally cast Image of Absolution.

As soon as the adds spawn, they will attempt to walk back and forth across the room, dealing heavy damage to anyone they touch. 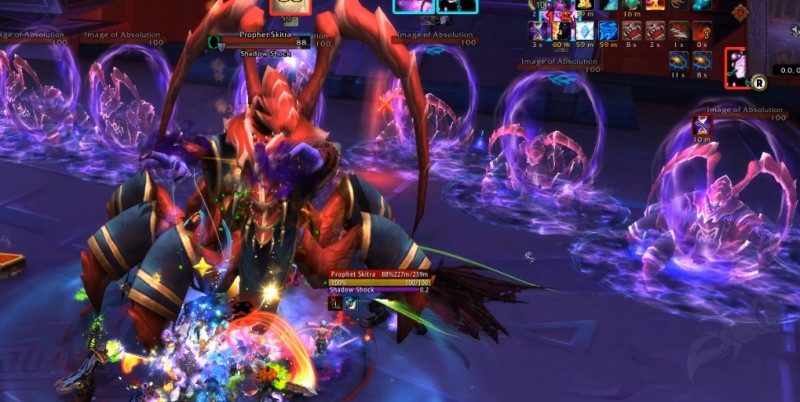 Crowd control and stay away from the Image of Absolution!

As the raid is stacked to the side of the boss, and the boss does not need to move during phase one, the amount of adds you need to control is actually quite low.

The raid might still have Images active during phase two.