Approximately every 8 seconds, Wrathion unleashes a large breath in a cone faced towards the tank, dealing a burst of fire damage and applying

Searing Armor to all players hit.

Incineration debuffs to the raid simultaneously. 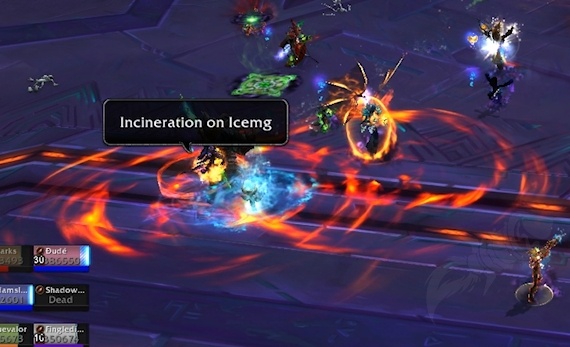 Move away from your allies when you have

Gale Blast over 4 seconds, creating a 30 yard zone around himself.

Move away from the boss when

Approximately 1 minute into phase one, Wrathion will cast

Scorching Blister zones have detonated, the boss will immediately cast

Molten Eruption is cast, the boss will resume his usual phase one mechanics.

Immediately upon entering phase two, the boss will cast Smoke and Mirrors.

Killing a Crackling Shard causes a

Pyroclastic Flow deals a very minor amount of fire damage to all players within 10 yards. 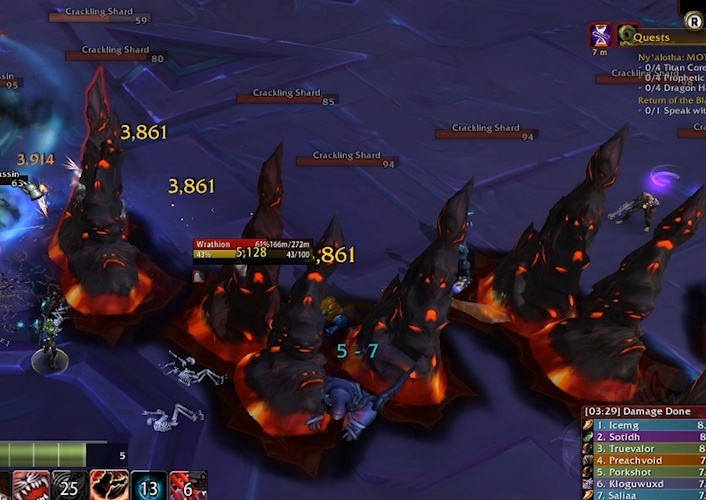 Destroy the Crackling Shards before the phase ends!

As well as the spawning of the Crackling Shards, three

Scales of Wrathion drop from the boss as soon as the phase begins.

After ~1 minute or shortly after all Crackling Shards have been destroyed, the boss will reappear and phase one will begin again.

Soak a Scale of Wrathion and then run through the shards to destroy them!

Shortly after phase two begins, several Ashwalker Assassin enemies will spawn towards the edges of the encounter space. 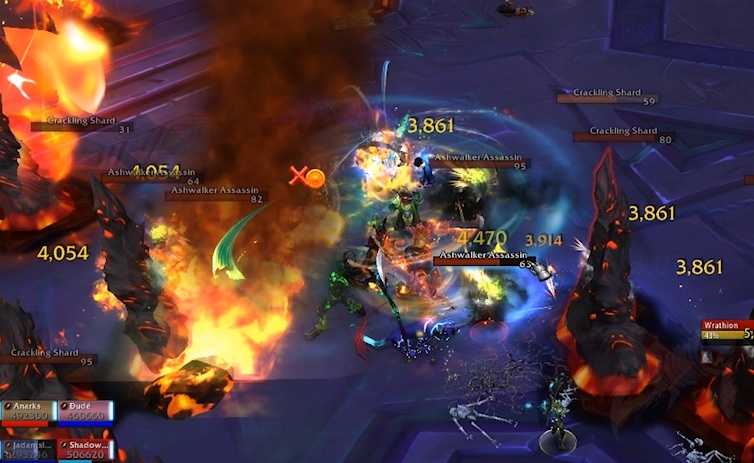 Use AOE spells to reveal the assassins from stealth!
Indietro Avanti