Several of Mythrax's abilities in both phases will apply 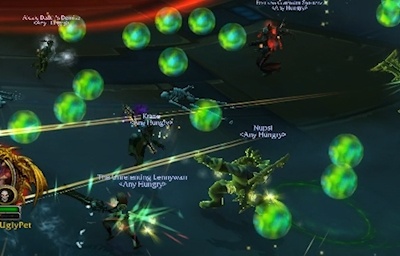 Annihilation is applied, there is a chance that

Existence Fragment orbs will spawn near the players location.

Existence Fragment orbs can collected by anybody with

Annihilation stacks, meaning that a player can purposely gain

Annihilation stacks to generate orbs for another player to use.

On a timer, Mythrax will cast

Essence Shear towards the tank, dealing a burst of shadow damage and applying multiple stacks of

Annihilation to all players within a 15 yard cone. 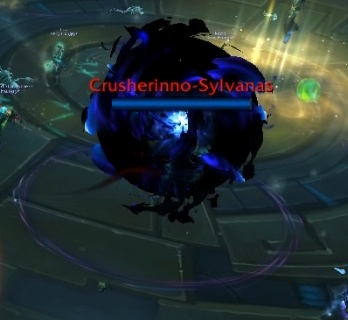 Knock your allies out of the

Throughout the phase, Mythrax will spawn an

Oblivion Sphere at the location of a random non-tank player.

Oblivion Spheres do not despawn instantly, instead choosing to hang around the encounter space for minutes at a time. 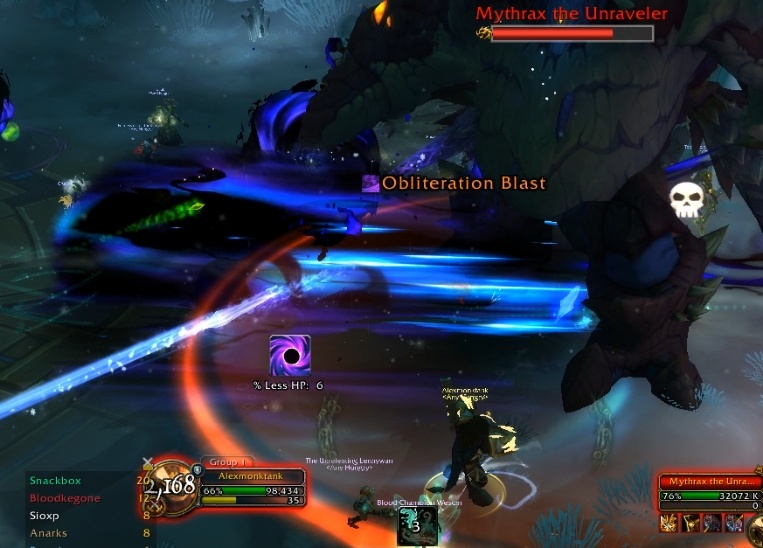 Avoid standing in the path of the 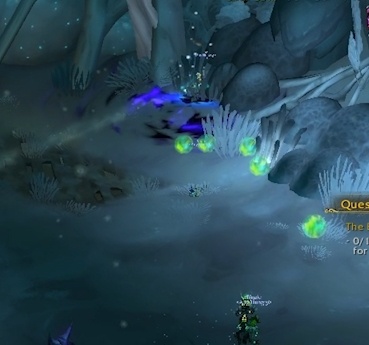 Move 40+ yards away from the raid when
afflicted with

Mythrax will continue to use all of the abilities listed above until he reaches 75% health, at which point he will move to the middle of the encounter space and enter phase two.

Xalzaix's Awakening. After the 8 second cast has completed, the boss will deal a large burst of shadow damage and apply 10 stacks of

Annihilation to all players.

Players should mark a stack location on the ground as the

Xalzaix's Awakening is being cast. 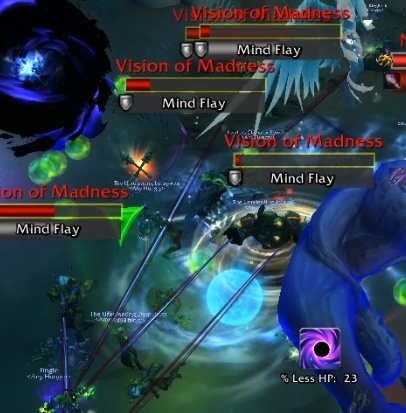 Vision of Madness adds will spawn near the locations of up to five players.

Xalzaix's Awakening cast, he will gain a shadowy shield around himself called

Oblivion Veil, which reduces all incoming damage by 99% whilst dealing damage to anyone who stands within it every 3 seconds. 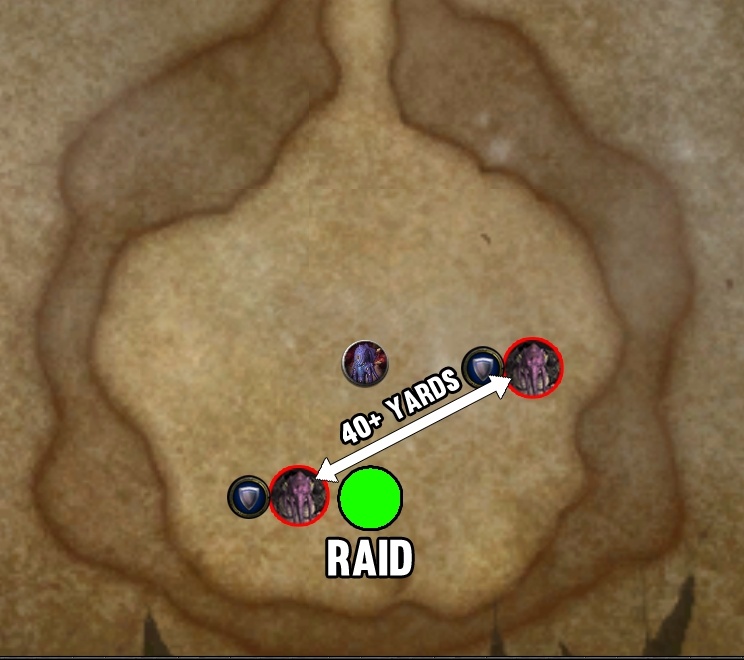 Two N'raqi Destroyer adds will spawn, one in the east and another in the west.

Essence Shear ability that Mythrax uses during phase one.

Void Volley, an interruptible spell which deals a moderate burst of shadow damage to the entire raid.

Avoid standing within the

Aside from spawning more Vision of Madness adds in waves throughout the phase, Mythrax will also frequently cast

After roughly 1 minute, the boss will lose the

Oblivion Veil and reenter phase one.

In the last phase one, at 10% health the boss will apply

Essence Shatter to the entire raid.

Aside from numerical changes, in which the boss deals less damage and has less health, there are a few mechanical changes to the Mythrax encounter on Raid Finder difficulty.

Imminent Ruin debuffs damage no longer falls off with distance, meaning the player only needs to 12 yards away from allies to minimise the negative elements of this ability.

The N'raqi Destroyer adds in phase two will no longer cast

Aside from numerical changes, in which the boss deals more damage and has more health, there are no mechanical changes to the Mythrax encounter on Heroic difficulty.

Existence Fragments whilst not tanking the boss.

Aside from numerical changes, in which the boss deals more damage and has more health, there are a few mechanical changes to the Mythrax encounter on Mythic difficulty. 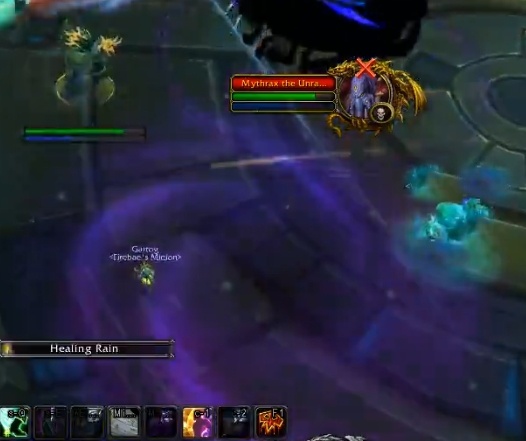 Move away from the Xalzaix landing location!

After a cast, Mythrax will throw Xalzaix to the location of a random non-tank player. Upon arriving this deals a burst of damage to all players within 8 yards.

Xalzaix will remain in this location until it is damaged down to 50% health, at which point it will retreat and regain it's health back.

During phase two, Mythrax will channel his

Obliteration Beam towards Xalzaix who is positioned elsewhere in the encounter space.

Obliteration Blast will remove any